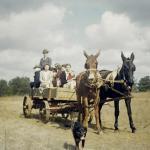 Inspired by the description of the early church in the Acts of the Apostles, Clarence & Florence Jordan and Martin & Mabel England move to Sumter County in Georgia to form a religious community who would farm for their livelihood, build relationships with neighbors and provide those interested an opportunity to serve a period of apprenticeship in developing community life on the teachings of Jesus. They were guided by the following principles: 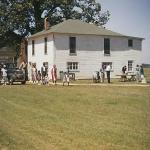 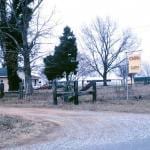 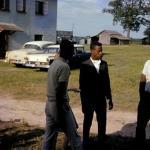 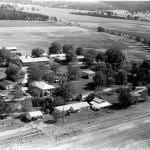 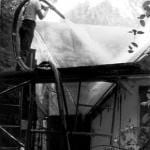 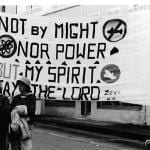 The community’s mission is to live an intentional, common life together modeled after the description of the Early Church in the Acts of the Apostles serving God and God’s people. Our three main ministries are hospitality, an internship program and demonstrating sustainable farming practices. Our focus is Feeding the Hungry both physically and spiritually. Koinonia Farm is a place of prayer and dialogue. It continues to be a meeting ground for people of many different backgrounds coming together to work and study about issues of faith, community, social justice and more.

Though our three main ministries very much tie us to place, we do conventional outreach as well. Some of our outreach is weekly, some monthly, some short term and some long term. We take the lead on some outreach, but we also assist other organizations with outreach. This is another way we build relationships within the wider community.

By not being programmatic we have the freedom to respond to the needs and challenges of the times the best we can with the people and resources we have. Each of our members, too, serve in a variety of ways off the farm according to her/his interests. Read about what is writing our timeline today — click here.

Koinonia Farm is a place of spiritual renewal. We invite you to come and see. Click here to learn about ways to visit.