A Day of Anniversaries 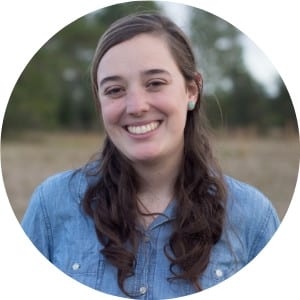 August 9 is a day of anniversaries. It marks both the day the atomic bomb dropped on Hiroshima and the day Michael Brown was killed. Regardless of political alignments, it cannot be argued this day holds loss of life and lack of peace. The atomic bombs dropped on Hiroshima and Nagasaki brought an end to World War II, but they certainly did not bring about world peace. Wars continued after the bombs fell and the half-century following was filled with unease and fear of more bombs.

In the days following Michael Brown’s death in 2014, people were quick to place their own personal politics over the situation, deciding who was right and who was wrong. Social media became a battleground filled with anger and a sense of injustice. Heroes were lauded and villains were maligned. Everyday conversations quickly turned to issues of race and systemic injustice. Peace seemed far from anyone’s words or thoughts.

In the dining hall on Koinonia Farm, the community lights a candle everyday at lunch to remind its members to pray for peace. The candle serves as a concrete symbol for an often abstract and difficult charge: peace through reconciliation. Usually someone reads a biography of a peacemaker to educate and inspire those eating lunch. In a dining hall of anywhere from 20-50 people, one can safely assume not everyone is in agreement across political or religious opinions. But one thing every member of the community commits to is working for peace through reconciliation.

One thing that stood out in the aftermath of the death of Michael Brown was the amount of angry voices and opinions flying around. People were literally and figuratively shouting at one another. Anger certainly has its place and injustice should be called out, fought against, and stopped. But it felt like a whole lot of shouting and talking and opining without any listening. In the face of such big problems as racial tension and loss of life, the solutions must be complicated and nuanced. The only way to work toward peace and reconciliation is to listen: to hear what each side is saying, to understand why people are angry, to realize different people experience life in very different ways.

The problems of injustice and racial tensions in this nation need people willing to sit down with others who do not look like them or think like them to listen.  Just listening will not solve all the problems and this is not a call to sit down and stop talking about uncomfortable issues. Instead, it is an encouragement to begin with listening. The conversation does not need more opinions. It needs more people willing to listen and learn from each other. And maybe this small step- much like the small symbol of lighting a candle- will be a way to begin to reconcile and bring about peace.

Now, a year later, one is tempted to ask if the problems have been solved yet and realize with despair that the world seems no closer to peace than it did a year ago. Christians pray for God’s will to be done on earth as it is in heaven, but this prayer can often be more discouraging than anything. More people have died since Michael Brown. The atomic bombs dropped on Hiroshima and Nagasaki did end World War II, but they certainly did not end all war. It is tempting to forget one tragedy in the wake of a new tragedy. Every day is a new anniversary for someone’s death, another injustice, another natural disaster. The work for peace through reconciliation is not for the faint of heart. It is for those who can pray even when it seems nothing will ever change. It is for those who chose to listen day after day even when the angry rhetoric seems never ending. It is for those who understand the power of even the smallest move toward reconciliation.

Peace through reconciliation is not easy, but it is good and necessary work that can be done by anyone anywhere. All it takes is a willingness to show up, offer grace and a listening ear, and have faith that small steps lead to big changes.