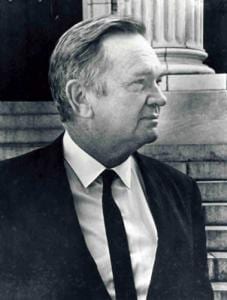 It’s been fifty years to the day — October 29, 1969 — since Clarence Jordan died. He’s buried up on Picnic Hill here at the farm. He was in his Writing Shack working on a talk he was to deliver at Mercer University and suddenly he was gone. The autopsy revealed the onset of pneumonia and heart failure. He was only 57 years old.

I miss Clarence. I never knew him, but I miss him. How can that be? How is it that I feel his loss? I have a hunch that Clarence wouldn’t want us to get all silly about his life or his death — he knew that one person does not a community make. He knew it took the Englands, the Wittkampers, the Brownes, the Baers, the Johnsons, the Atkinsons, the Angrys, the Butlers, Alma Jackson, Norman Long, Millard Hunt, the Nelsons, the Singletarys, the Zooks, the Fullers, the Jordans, and so many others whose names are unknown to us, but known to him (and others) to be the Koinonia.

Clarence wouldn’t want us to get mixed up and start thinking he (or any of the above) was Jesus. I think he would want us to stay focused on the good news that Jesus rose from the dead and keeps bringing to us the hungry, the naked, the thirsty, the sick and the prisoner. If there is still a Koinonia, I have to think Clarence would want us standing at the door to welcome the people Jesus is bringing home to us or would want us going out into the countryside to find them. There is still a Koinonia and we still are.

I’m crazy about baseball and my favorite team, the Houston Astros, is playing in the World Series this year. They could win it all tonight. More than any team I’ve ever watched, they seem like brothers. They are close, tight-knit, a community of players, a family. They talk about “passing the baton.” Each does what he can to move play along then passes the baton to the next teammate to do the best he can and keep the baton moving down the line. I like that. It has worked for the Astros. I think of Clarence doing the best he could then passing the baton. There have been many others after him who have done the same. Maybe all of them didn’t leave a mark like his, didn’t give talks like he gave, couldn’t write like him, but someone has always been here to receive the baton then pass it on.

These past few days I’ve been thinking a lot about passing batons. A big event has occurred in my life. People have told me it would be big, but I didn’t know it until I saw him. Rowan James Dubay, the first grandchild, came into this world on October 22. When I held him, I felt my grip on the baton get a little lighter. I realized passing it on had already begun even though I hadn’t been aware. I will tell Rowan stories about Clarence — about Florence and Mabel and Martin and Margaret and Will and Ora and Con, the Steins, the Clemens, the Mosleys, the Stitts, the Worths, Ladon Sheets, Bob Burns, Queenie White, the Morgans, Sally Ann Brown, the Castles, the Prendergasts, Steve, Amanda, Elizabeth, Carol, Kathleen, Norris, Gloria, Geneva, Sandy, and Cathy. Rowan will learn how to throw, to catch and to hit. He’ll know that Clarence loved baseball, too, that he taught one of the neighborhood kids how to pitch and that neighborhood kid went on to play professional ball.

When Clarence walked to the Writing Shack that brisk, chilly October day, I imagine him carrying the baton lightly. None of us know when we’ll join Clarence. But I do know this — if we want to pass the baton, we can’t grip it tightly. It will mess up the hand off for sure. So let’s loosen our grip. Let’s pass on the baton with grace. Let’s tell stories. Let’s welcome others. What is the story of your connection to Koinonia? We’d love to know. Please share it with us. You are part of the legacy, too. 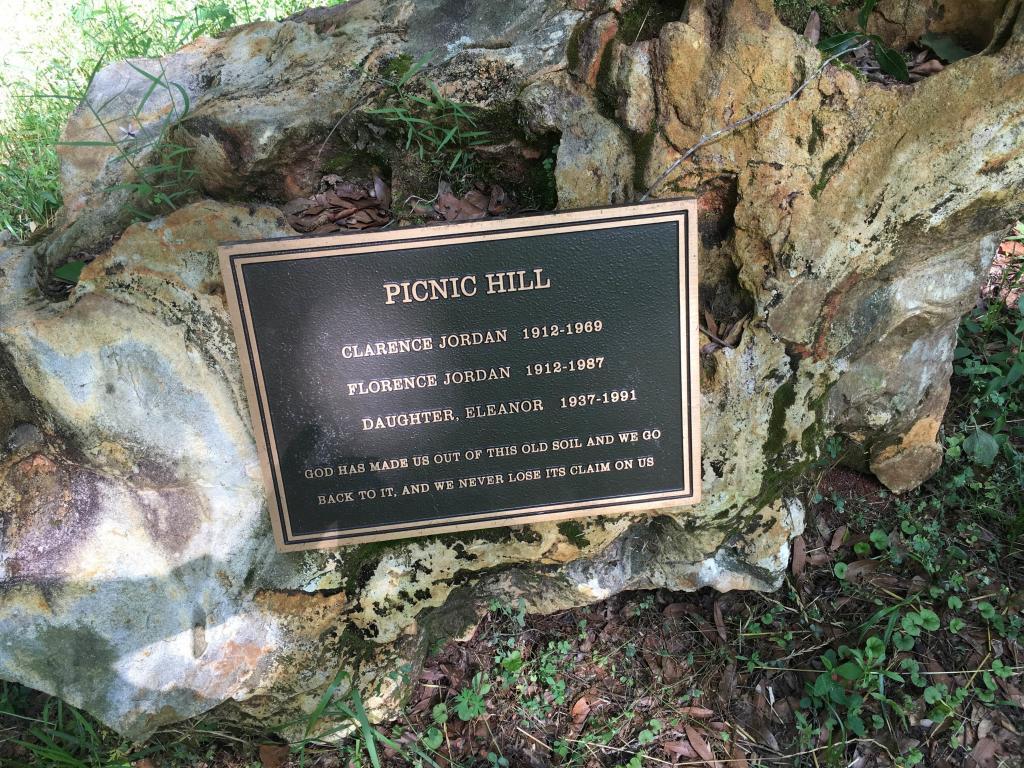 4 thoughts on “Passing the Baton”